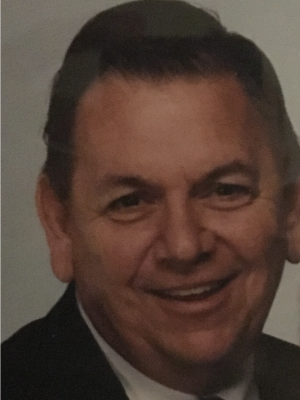 ARLINGTON — Alan Francis Linden, 73, of Arlington passed away Sunday, Dec. 11, 2016, at his home surrounded by his family.
Celebration of life: 2 p.m. Saturday at Advent Lutheran Church, 3232 S Cooper, Arlington, 76015.
Alan was born Nov. 29, 1943, in London, England, to Jack and Katherine Linden. On Oct. 18, 1997, he married Linda of Arlington. Alan was employed by American Eagle/Lisa Trucking of FFE. Earlier in his career, he maintained machinery in a button factory. Alan was a volunteer fireman for TGE community in Long Island, N.Y., where he grew up. And, he loved performing in the San Angelo Civic Theater. Post retirement, Alan enjoyed greeting and driving visitors on the City of Arlington Entertainment District Trolley, where in 2010, he loved taking fans to the first Texas Rangers Home World Series games and the city’s first Superbowl. He loved spending time with his family and friends.
He was preceded in death by his parents.
Survivors: Alan is survived by his wife, Linda K. Linden; sons and daughters, Alan Linden Jr. of Pennsylvania, Mark Archipolo and wife, Ronda, of Abilene, John Linden and Krystal of San Angelo, Joe Ellison and Shane Gatenby of Austin, Julian Ellison and wife, Debbie, of Westport, Conn., Elizabeth Luna and Ernie of San Angelo and Kelly Linden. He is also survived by grandchildren, Alicia, Tony, Michael, Kaitlynne, JW, Jesse, Kali, Alan, Lily, Alyssa and Brooke. He is survived by his sister, Jackie Linden-Schade and Henry of McKinney; nephew, Christopher and wife, Erica Schade, and their sons, Auron and Hunter; plus great-grandchild, Noah, due in January.
Special thanks to Care Cycle Home Health and Asana hospice for all the love, care and comfort they provided. The best part of his care was the extraordinary celebration of his 73rd birthday party.

To order memorial trees or send flowers to the family in memory of Alan Francis Linden, please visit our flower store.