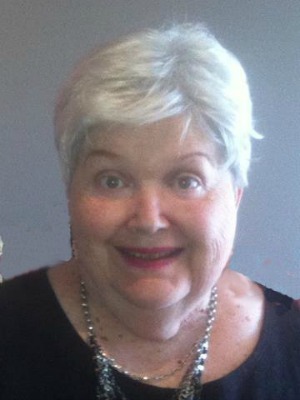 FORT WORTH–Angela Anderson Pomykal Mansfield, 79, a devoted wife, mother, aunt, grandmother and great-grandmother died Wednesday, April 26, 2017.
Memorial service: 10 a.m. Saturday, June 10, 2017 at Westminster Presbyterian Church, 7001 Trail Lake Drive, Fort Worth, Tx., 76133 There will be a reception following the service in the church hall.
Memorials: In lieu of flowers, the family requests donations be made in her memory to the Women’s Guild at the church.
Interment: Her ashes were buried in a family ceremony on May 27th in Laurel Land Memorial Park in Fort Worth.
Angela was a native of Fort Worth, a graduate of Paschal High School where in the 1950’s she drew its Panther mascot. In the 1960’s she drew technical engineering parts for General Dynamics. In the 1970’s her very large “Candyland” mural was on longstanding display at Cook Children’s Hospital. In the 1980’s many were motivated to shop after seeing her hand drawn, half page commercial ads for Monnig’s Department Store in the Star-Telegram. In the 1980’s she also drew covers for the First UMC Single’s Bulletin. All of the time, she drew and painted just for the joy of it.
She was a devoted wife to her dear husband, Frank, and they enjoyed 28 years of laughing and enjoying life together. They met in their retirement years and were living life to the fullest 24/7 and especially enjoyed trips to Vegas and meals with friends and family.
The family would like to thank Angela’s doctors and compassionate nurses at the Baylor Scott and White Vitas Hospice for their care.
Angela is preceded in death by her beloved daughter, Leigh Ann Pomykal; brother, E.W. Anderson, Jr.; and parents, E.W. Sr. and Ann Anderson.
Survivors: She is survived by her loving and devoted husband; Francis Mansfield; sons, E. Keith Pomykal of Dallas, Curtis and Idela Pomykal of Longview and Craig and Chris Pomykal of Fort Worth; loving step-son, Gerard Mansfield of Fort Worth; beautiful granddaughters, Hannah and Rebekah Pomykal; grandson, Justin Pomykal; treasured nephews, E.W. Anderson III of Buffalo Gap and Richard Anderson of Lubbock; niece, Danna Pomykal of San Francisco; and many close friends of almost 80 years in Fort Worth.

To order memorial trees or send flowers to the family in memory of Angela Anderson Pomykal Mansfield, please visit our flower store.