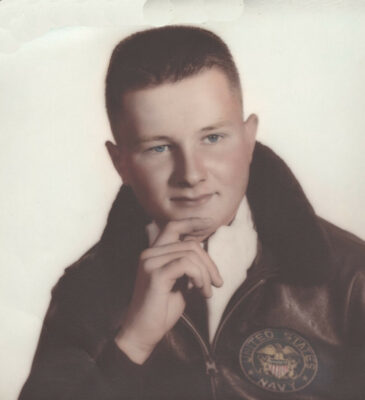 Daniel “Danny” Warren Preston, Sr., beloved father and “Papaw”, passed peacefully from this world on Friday, December 2nd, 2022 in Watauga, Texas. He was 79 years old.
Danny Preston was born in Muskogee, Oklahoma on August 9th, 1943. He was always a hard-working man; he learned early in life that it took hard work to make a dollar. As a child, he sold bars of soap from house to house, and he worked at the Muskogee Country Club as a caddy, hauling golf bags that were as big as he was! He was very talented in swimming and swam on the YMCA swimming team. He also played basketball & football in Jr. High School. He played the coronet at Alice Robertson Jr. High School, and Central High School. He quit school at Muskogee Central High School, where he was in the DE Program and joined the Navy in the 11th grade. He was Man of the Month in the Navy and attended both A & B Electronics Schools, later becoming an electronics instructor in the Navy. Danny served aboard the US Kearsarge at the beginning of the Viet Nam War in a helicopter squadron that picked up wounded soldiers and transported them to his ship.
Danny’s only child, a son, was born in 1968 right before Danny was honorably discharged from the Navy to attend the University of Tennessee. He and his family settled in North Richland Hills, Texas where he resided for the last several decades of his life. He retired from American Airlines in November of 2012 after over 20 years. Danny loved fishing, hunting, and cooking.
He is preceded in death by his parents, Nimrod Buster Preston and Frances Ercell Worrell Preston; and his beloved wife of 52 years, Alice Faye Huitt Preston.
He is survived by his only child and son Daniel Warren Preston, Jr.; grandson Kelly Duane Preston; granddaughter, Courtney Frances Preston Carter; and great-grandchildren Joseph Allen Preston, Savannah Leann Preston, Kelly Duane Preston Jr., and Lyra Faye Carter.
Danny was a generous, loving man with a wonderful sense of humor who dedicated his life to providing for every member of his family. He will be dearly missed by all those who knew and loved him.
Services will be held at Brown Owens & Brumley, 425 S. Henderson Street at 11:00 AM on Wednesday, December 7th.

To order memorial trees or send flowers to the family in memory of Daniel “Danny” Warren Preston, Sr., please visit our flower store.