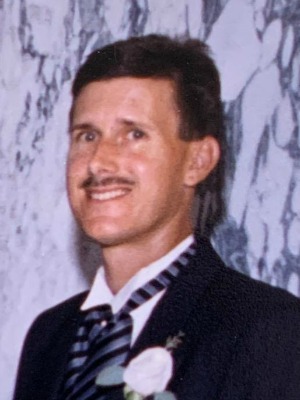 ARLINGTON-David Allen Robb passed away peacefully surrounded by loved ones on Thursday, September 24, 2020 at the age of 55.
CELEBRATION OF LIFE: 1 p.m. Friday, October 2, 2020 at Brown Owens & Brumley’s Joe B. Brown Memorial Chapel.
David was born Sunday, June 13, 1965 to the late Donald Lee Robb Jr. and Elisabeth Allen Robb in Charleston, South Carolina. David was baptized in the Baptist Church but grew his faith in the United Methodist Church. Throughout the years he taught Sunday School, ushered, and was involved in the Stephen’s Ministry. David received a Bachelor of General Studies from the University of Texas at Arlington. David would talk to anyone and everyone and was always quick to forgive others. He enjoyed reading, watching action movies & sports, cooking, road trips and just hanging out with his family. He worked at Chick-fil-A where he met some lifelong friends. David worked as a Lab Manager for several years at LensCrafters where he met his wife. However, his all-time favorite job was being a stay-at-home dad. He was a loving husband, father, brother uncle and friend and will be deeply missed.
David is preceded in death by his parents; Donald Lee Robb Jr. and Elisabeth Allen Wise.
SURVIVORS: Wife of 28 years, Tabatha Robb; son, Colton Allen; son, David Quinten; brother, Don Robb II and wife, Heather; brother, Daniel Robb and wife, Heather; numerous nieces and nephews; and many friends.

To order memorial trees or send flowers to the family in memory of David Allen Robb, please visit our flower store.