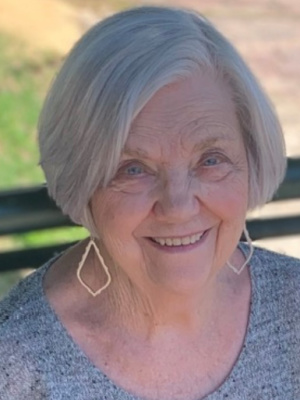 Dolores Walter was born in Madison, SD on June 18th, 1939 to Ernest William Strom and Gunhilde C Hjelle Strom. She passed away in Keller TX on January 10, 2022. Dolores was a member of New Hope Lutheran Church in Keller, TX. She grew up on a farm in Orland, South Dakota and graduated from Orland High School in 1957. Her family attended Saint Peter Lutheran Church where she was baptized and confirmed. Dolores attended Augustana University in Sioux Falls before working at several businesses as an executive assistant. Dolores married Newt Walter on August 3, 1963 at St Peter Lutheran Church in Orland, SD. They had 2 children. Stephanie (Bryan) Wilkinson and grandchildren: Ben and Zane. Brett (Bonnie) Walter and grandchildren: Eli, Cole, and Abby. One of her favorite past times was playing games and doing puzzles with her 5 grandchildren. She enjoyed being a wonderful grandmother and loved baking, cooking and listening to country music. All of her grandchildren will greatly miss their Dodo. She leaves behind her beloved sister Ernestine Price and her husband Dennis Price, and many nieces and nephews. She is preceded in death by her husband Newt, sisters Patricia Hansen and Darlene Mader, and brothers David and Daniel Strom. Dolores will be put to rest at the Dallas-Fort Worth National Cemetery with her late husband on January 28th, 2022. We will miss her more than words can say.

To order memorial trees or send flowers to the family in memory of Dolores Walter, please visit our flower store.