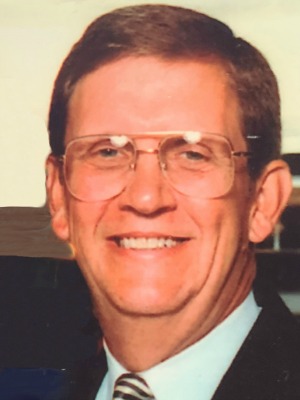 BEDFORD-Don S. Leaman lost his battle with Alzheimer’s and passed peacefully on Thursday, March 12, 2020. He was able to live his final days at home and was surrounded by his family who loved him dearly.
Celebration of Life: Given the current environment, the family has decided to cancel the service set for April 18th at First Colleyville in Colleyville, Texas.
Don Leaman was a man of relationships. To everyone who was fortunate to know him, he provided what they truly wanted in a husband, father, grandfather, son, brother, uncle, friend, business owner and mentor. He was always loving, always caring, always available and always glad to see you. He was an engaged listener that was genuinely interested in the other person – offering companionship, empathy, encouragement and comfort. He was pure as any man can be – thinking the best of others, dedicated to people not things, valuing integrity and honesty as a standard for life. He had no time-consuming hobbies because he enjoyed people too much. It was always fun to be with him because he joined all activities with full enthusiasm, often spontaneously breaking into a song or yodel. His physical presence at any event was a time of joy, laughter and happiness.
Don was a devout Christian and knew his God. Around the age of 32, he dedicated the remainder of his life to developing a personal relationship with God and serving Him. He prayed daily and read scripture to find peace and guidance and diligently served God wherever and whenever he was called. He wanted others to have the opportunity to know the God that he knew. With Jesus as his example and the Bible as his guide, he volunteered his time at numerous non-profit organizations, including the FW Jaycees, the Eastside YMCA, Expanco, SafeHaven of Tarrant County, Texas CASA, Harris HEB, and Alliance for Children, and was also a dedicated ombudsman. He was a long-time employer of Cenikor workers and encouraged his employees to deliver Meals on Wheels. Although there was no pressure placed on others, he built a chapel at his company and had Marketplace Ministries’ chaplains there weekly for over 35 years to offer prayer, comfort and guidance to employees and their families.
Don Leaman was born on April 21, 1934 and was raised on the east side of Fort Worth, Texas. He never desired to live far from his childhood home. A Poly ’52 and TCU ’56 grad, he stayed close to many schoolmates, continued to Poly drag, and wore purple frequently. He served his country as a Captain in the Air Force and immediately moved back to Fort Worth to start his career. After working for 1st Container for several years, Don started his own successful business in 1974, Leaman Container. Upon his retirement, he spent his last years in love, travelling the world, volunteering and enjoying the love of his friends and extended family.
Don lived a long and happy life. He knew he was blessed and was thankful for it. He was not afraid of death and he was ready to meet the God he knew so well. He is preceded in death by his parents, Roy and Helen Leaman; his two sisters, Patsy O’Neill and Phyllis Ryan.
Survivors: He is survived by his wife, Beth; children, Mark Leaman and his wife Marie; Terri Thompson; Steve Leaman and his wife Janan; Todd Fairbanks and his wife Natalie; Corey Fairbanks; and eleven grandchildren and two great-grandsons.

To order memorial trees or send flowers to the family in memory of Don S. Leaman, please visit our flower store.