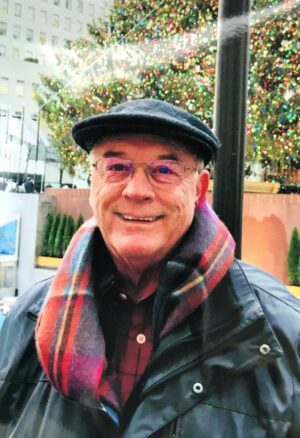 Donald Lee Pitts passed away 9/14/22 following a short illness. Don was born in Dallas on October 11, 1949 to James Dudley and Ruth Naomi Pitts. He spent his youth in East Texas and graduated Marshall High School in 1968. He was very active in Boy Scouts, Air Explorers, Demolay and Trinity Episcopal Church. He graduated from Stephen F. Austin State University with a bachelor’s degree in accounting in 1973. He was a member of Delta Sigma Phi Fraternity. Don married his college sweetheart Patty in 1973. Together they had one daughter, Kristin Ledet, and one granddaughter, Corynne Ledet. Don worked in accounting for 15 years and then went into industrial packaging sales. He worked and lived in Longview for many years before moving to Fort Worth. He retired in 2017. He was an avid fisherman, especially enjoying his trips to the Sturkie Oklahoma ranch and the Louisiana coast with his fishing buddies. He also enjoyed golfing and shooting. Don was a dog lover and fondly remembers Rusty, Chelsea, Molly and Trixie. Don is survived by his wife of 49 years, Patty Pitts, one daughter, Kristin Ledet and her husband, Blake, one granddaughter, Corynne Ledet, and little pet Ziggy. Don’s proudest accomplishment was raising a wonderful, smart and accomplished daughter, who is raising her daughter in her image. Don is also survived by a twin sister, Bonnie Barrington (Joe), a brother, Skip Pitts (Sara), a brother and sister in law, Craig and July Knight, and numerous nieces, nephews and friends. At his request, there will be no service. There will be a celebration of his life at a future time. In lieu of flowers, the family requests donations be made to the SPCA or another animal rights organization of your choice.

To order memorial trees or send flowers to the family in memory of Donald Lee Pitts, please visit our flower store.