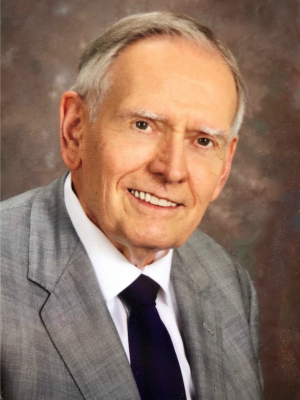 FORT WORTH-Dr. William Theodore “Ted” Sisco, 81, passed away peacefully on Wednesday, October 28, 2020 at his home.
MEMORIAL SERVICE: A small private service will be held November 14, 2020.
William Theodore “Ted” Sisco was born Mar. 5, 1939 in McKinney. He was the only child of Lillian and T.B. Sisco. He attended TCU, where he met his wife Liz. He was active in the Lambda Chi Alpha Fraternity and graduated with a double major in Biology and English in 1960. The family moved to Memphis, TN so that Ted could attend medical school at The University of Tennessee followed by Rochester, MN where he trained at Mayo Clinic. While specializing in orthopedic surgery, Dr. Sisco had the privilege of serving as Chief Resident. He ultimately established his practice in Lubbock, where he embraced his love of medicine for over 30 years. He was a lifelong sports fan and enjoyed serving as team doctor for high schools in Rochester and Lubbock. He later earned an MBA from The University of Tennessee in 2005. In 2006 he returned to Mayo to serve as a Senior Orthopedic Consultant. During his later years, he enjoyed traveling, participating in medical mission trips to Guatemala, and spending time with his family. In 2014, Ted married Dr. Judy Anderson and enjoyed six wonderful years with her at their home in Southlake.
In addition to his parents, Dr. Sisco was preceded in death by his first wife of 54 years, Mary Elizabeth Creson Sisco.
SURVIVORS: Family members who survived him include his children, Christopher, Gregory and his wife Michelle, and Lois Sisco; grandchildren, Jessica, Madeleine, Jordan, Lauren, and Luke; wife, Dr. Judy Anderson; her daughter Dr. Tessa Anderson Ghali, her husband, Dr. Fred Ghali, and their children Blake and Grant.

To order memorial trees or send flowers to the family in memory of Dr. William Theodore “Ted” Sisco, please visit our flower store.