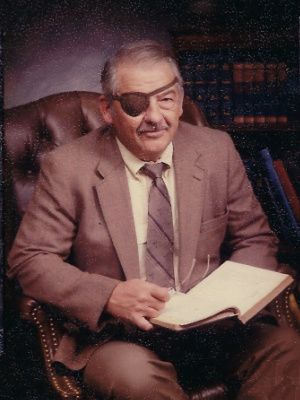 Tabor Scott, one of Texas’ great storytellers, died Monday, May 30, 2022, at his home in Fort Worth, Texas, at the age of 89 years, 7 months. His passing on Memorial Day was fitting for a man who genuinely loved his country and its flag. One of his major disappointments in life was not qualifying to serve in the military, due to an injury to his eye in early childhood. His patriotism was undeniable, and he possessed a veritable wealth of knowledge of military history. Celebration of his life will be held Sunday, June 12th, come and go between the hours of 3 pm and 5 pm, at the Hulen Park Townhome Association Clubhouse, 3718 Hulen Park Drive in Fort Worth. An additional celebration will be held in Amarillo, Texas, his hometown, in July. Those wishing to honor his memory, could do so with a donation to your favorite charity.

Tabor was born in Amarillo, Texas, to Emmett Tabor Scott, Sr. and Zula Taliaferro Scott. He was the grandson of Charles Matthias Scott and Minnie Lou Bryan Scott, and William Archer Taliaferro and Mary Spikes Taliaferro. Because his father was an originating partner in one of the oldest law firms in early Amarillo history, Tabor had the privilege of learning about the oil and gas industry, farm operations, and cattle ranching as a young man, while accompanying his father on trips with clients to their various properties and listening to conversations while on those excursions and around the dinner table. As a result, he was drawn to the out of doors, and he acquired a keen interest in the exciting world of oil and gas exploration and development at an early age. He graduated from Amarillo High School in 1951 and went on to earn a BBA Degree from Southern Methodist University and his Bachelor of Laws Degree, also from SMU, where he was a member of Phi Gamma Delta fraternity. He also played football at SMU as a walk-on. He was licensed to practice law in the State of Texas, the Supreme Court of the State of Texas, the US Court of Appeals, and the Supreme Court of the United States, of which he was most proud. He began his practice of law in Amarillo in 1959 at the Sanders, Scott, Saunders law firm originally established by his father and partners, with emphasis on corporate, estate/probate, and oil and gas law. He was a member of the Amarillo Bar Association and the State Bar of Texas for 63 years. He was a member of Central Church of Christ in Amarillo most of his lifetime and then Alsbury Baptist Church in Burleson. In keeping with his knowledge and experience in the oil and gas industry, Tabor managed the Panhandle field office for a Dallas independent oil and gas operator for several years before closing his law practice and transitioning to become an independent petroleum landman for 16 years, until his retirement in 2013. He truly loved the adventure of drilling oil and gas wells and the opportunity it provided to spend time in the field. He was a whiz at math and could calculate fractional mineral interests in his head, eschewing the assistance of a calculator.

Tabor was preceded in death by both of his parents and his maternal and paternal grandparents. He is survived by 4 sons with his first wife, Thera Lee Warner Scott (deceased): Lee Tabor Scott (Joan) and grandchildren James Hunter and Julianne Christine Scott; Tol Warner Scott (Bernadette), and granddaughter Lindsey Marie Scott Welch (Ethan), and granddaughter Cyrena Scott (great grandchildren Chloe, Colton and Gideon); Theron Mark Scott (Amie) and grandson William Tabor Scott; and Frank Matthias Scott. One brother survives him: John William Scott (Maynette) and his nieces Maria Scott and Michelle Scott Cortes Mandell, great niece Zoey Cortes. He is also survived by his wife of 27 years, Brenda Hendrick Flowers Scott and bonus daughter Kendre Flowers (grandchildren Gage and Lily Mariano); and bonus son Conn Flowers (Danielle) and granddaughter Kayce Flowers Davis (Alex), great grandchildren Jordan, Karter and Kalem Davis. He loved his sons and grandchildren unconditionally and with all his heart; and he loved his bonus family as if they were his own. He left countless cousins, business associates, and friends to enjoy their special memories of him.

Tabor loved baseball and was a fierce competitor on the racquetball court. He skied most of the New Mexico slopes, several in their early stages of development, and he participated in downhill racing. He fished in practically every river, stream and lake in New Mexico and many in Colorado, Idaho, Utah and Wyoming. He hunted quail, pheasant, dove, elk, deer, and bear and loved to be in the arena of nature, especially in the “high country.” He wore his eye patch over his injured eye like a John Wayne badge of honor. He loved dogs, and especially his “designer dog” Izzy, the Labradoodle. He could spin a fishing or hunting yarn with the best of them, and he had a story for every situation and occasion. He shot trap competitively, read voraciously, loved music but couldn’t sing. He liked a glass of wine with dinner, enjoyed a good Scotch, had a passion for food–except boiled okra, and was nicknamed the “Cookie Monster.” He often said, “you have to get older, but you don’t have to grow up.” He was loving, gentle-hearted, generous to a fault, happy, curious, intelligent, smart (he said there’s a difference), and he loved his God but never felt he deserved God’s grace. He was sometimes quick to anger, but it was always short-lived. He often kept bacon in a Zip-Lock in his glovebox—just because “you never know;” and he danced at weddings in his cowboy boots with absolutely no sense of rhythm! Everybody loved Tabor, and he returned their love, especially to Brenda—so much that he once came home early from a fishing trip because he missed her. They walked together inseparable during their years together. He was irresistible and, as one of his amazing caregivers said, he managed to work his way into the hearts of most everyone he encountered. He’s unforgettable.

To order memorial trees or send flowers to the family in memory of Emmett Tabor Scott, Jr., please visit our flower store.