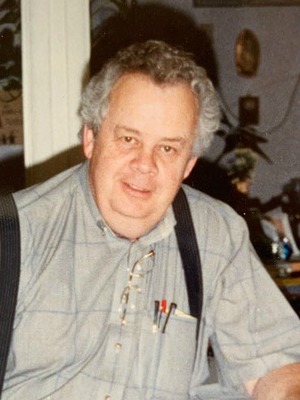 HALTOM CITY-Gordon Wolf passed away Friday, August 21, 2020 at the age of 80.
CELEBRATION OF LIFE: 3 p.m. Saturday, August 29, 2020 at Bear Creek Park, 400 Bear Creek Parkway, Keller, Texas.
MEMORIALS: In lieu of flowers, please make a donation in Gordon’s memory to Milestone Church, Missions, 201 Mount Gilead Road, Keller, Texas 76148
Gordon was born May 28, 1940 to the late William and Marion Wolf in Youngstown, Ohio.
Gordon and Frances met and married in 1960 in Ft. Worth, Texas. Frances was the love of his life. Together they started a furniture business in 1966 on Belknap Street in Haltom City which became Gordon’s legacy for the next 54 years. He made his mark in Haltom City opening up various furniture stores up and down Belknap and became an integral part of that business community. Belknap Street is where he started and ultimately, where he ended. Gordon mentored many a sales rep in the furniture industry. This is how he earned his nickname, “the Godfather of the furniture business” among them. Every employee that worked for him will tell you that they learned valuable life lessons while on the job. Gordon was always quick to give advice on “what you need to do”. He was a generous man, not only dedicated to providing for his family, but also providing for any family that he knew needed help. There were countless times that he would offer a handout to people who walked into his store. His blessings were always shared with others. Gordon will be remembered for his quick wit and dry sense of humor. As his battle with dementia progressed, one thing that never left him was his sense of humor. He will be dearly missed. Thank you for touching so many lives in so many ways. God is getting himself quite a deal with you.
SURVIVORS: Loving wife of 60 years, Frances Wolf; daughter, Lori Oestereich and husband, Jeff; daughter, Trina DeArmond and husband, Steve; daughter, Cindy McKinnis and husband, Clay; brothers, Allan and David Wolf; sister, Patti Fleming; 7 grandchildren; 5 great-grandchildren; and many friends.

To order memorial trees or send flowers to the family in memory of Gordon Wolf, please visit our flower store.