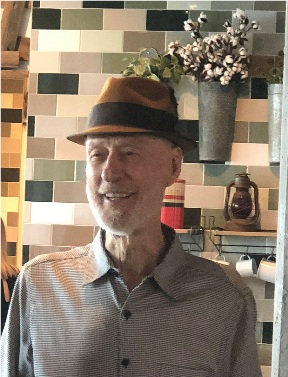 Jim was born in a log cabin on Feb. 14, 1936, in Kingsland, Ark., to Jesse and Clara Oldner, and was the eldest of two sons. He graduated from Whitehall High School and enlisted in the Army when he was 17, despite the fact that the minimum age was 18, but he wanted to join. He served four years in Korea, working largely on radar systems.

Upon returning from Korea, Jim went to California to work with the Howard Hughes Corporation as a technician during the time of the legendary “Spruce Goose,” which was the largest wooden airplane ever built.

Returning to El Paso where his parents were living, he married his childhood sweetheart, the gifted pianist Gloria Jean Hipp, and they raised four children together.

Jim attended Texas Western University in El Paso, earning a degree in electrical engineering, and began a career in civil service. From Fort Bliss in El Paso, to Tinker Air Force Base in Oklahoma, to Los Angeles AFS, to NASA and the Pentagon in Washington, Jim and Jean moved with his work.

Along the way, he went back to school, earning his master’s degree in industrial engineering at Texas A&M University. He then moved into his role as a chief of logistics for the Air Force and, later, as the liaison officer between NASA and the Air Force.

He retired in 1993, and with their children residing in the Southwest, moved to a home high above Lake Travis once owned by Willie Nelson. When asked what he did there, Jim would reply, “I became a cedar-chopper. My wife is allergic to cedar, and we had lots of cedar trees on our property.” He was an avid tennis player and golfer, collecting many stray golf balls from Willie’s golf course.

Jim then decided he wanted to become a lawyer, and was accepted to Texas Wesleyan (now Texas A&M) School of Law in Fort Worth, where they found a home with zero cedar trees. He earned his juris doctor degree at the age of 62.

As a lawyer, Jim specialized in contract and family law, and several of his clients were family members. He was fascinated by the cases he took and committed to doing what was right for his clients. He helped people who could not afford a lawyer and was sometimes paid with yard work. He practiced until 2015, when he and Jean settled into retirement.

He is preceded in death by his parents Jesse and Clara Oldner and brother John Richard. He is survived by his wife Gloria Jean Hipp Oldner; his children Steve Oldner, Sabrina Waner, Donna Cody, and Scott Oldner; and his grandchildren Bryan Waner, Sophia Macris Baine, and Michelle King.

To order memorial trees or send flowers to the family in memory of Jimmy Don Oldner, please visit our flower store.