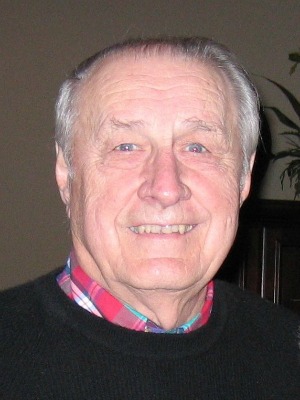 FORT WORTH–Joe Cliff Bell, a man of great love for his family and friends, went to be with his Lord and Savior on Monday, May 1, 2017, at the age of 86, surrounded by his family.

Service: Joe’s wishes were to have no memorial service, just a family graveside service, which will be held later this month at the Dallas-Fort Worth National Cemetery .
If desired, donations to your favorite charity may be made in his memory.

Joe was born as the only child of Cliff and Katherine Bell on September 6, 1930, in Houston, Texas. He grew up in Galena Park, Texas, where he had the fun of playing football, tennis, and the sport he loved, pitching the baseball. After graduating from Baylor University in 1952, Joe married Leatrice Joy Thompson, the mother of his children. Very soon, the United States Air Force sent Lt. Bell to Alexandria AFB in Alexandria Louisiana. Four months later, he was on his way to Keflavik, Iceland, where he served as the Food Service Officer.
After the death of his wife, Joe came to Fort Worth to visit friends, where he met Erma Jeane Boggus. Joe and Erma Jeane were married on February 9, 1977. They both felt that God had brought them together, and they have been blessed with over 40 years of happiness. Joe was a member of Christ Chapel Bible Church, Petroleum Club, Farando Dance Club, and Dinner Dance Club. He had retired as the sales manager at an air-conditioner parts company.

To order memorial trees or send flowers to the family in memory of Joe Cliff Bell, please visit our flower store.