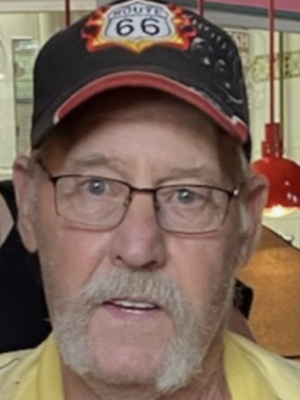 WEATHERFORD-John Mobley passed away Saturday, July 31, 2021.
John was born February 2, 1951 to the late Billy and Edna Mobley in Henrietta, Texas. John was self- employed at Sundance Mobile Housing, set up and delivery.
John was always full of adventure as he was growing up. Living in Nevada, we would take the Ford Bronco up garnet mountain and look for garnets which is my mom’s birthstone. After moving back to Texas, he would take my brother on the annual guys canoe trips. John was a “jack of all trades” and there was nothing he could not do. Even in retirement, he always stayed busy with so many projects around the house, always willing to help family and friends with any project they needed help with. After attending Bankhead Church of Christ for a short time and learning about God’s love for us all, he made the decision on February 19, 2019 to follow Jesus and be baptized in water by his pastor and best friend of almost 40 years. Many others including myself witnessed God work miracles in my dad’s life that only He could do. Dad’s life was forever changed by God’s grace and never ending love. We all have peace knowing he was a child of God and is now at home with his loving father in Heaven. He will be deeply missed but we know we will see him again someday.
SURVIVORS: Daughter, Joline Chapman; son, John Mobley and wife, Ashley; granddaughters, Marissa Chapman, Kyrsten Chapman and Baylee Mobley; grandson, Briggs Mobley; great-granddaughter, Aubree Parks; and many friends.

To order memorial trees or send flowers to the family in memory of John Mobley, please visit our flower store.