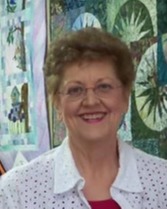 Judy Lynn Shahan was born to Elvin Joe and Virginia Shahan June 27, 1949 in Ft. Worth, Texas. She was raised with her older brother Larry and baby brother Richard, living in the same house until she went to college. During high school she was active in the Honor Society and the Castleberry Band. Through the band she had the honor of marching in the Rose Bowl Parade and performing in several Broadway quality musicals. Judy also was active in the Rainbow Girls, the teenage branch of the Eastern Stars. Through her early years Judy attended River Oaks Baptist Church where she received Jesus as her Savior and Lord. She was active in the youth program as well as working in the church office.

Having graduated Valedictorian of the 1967 class of Castleberry High School, Judy chose to go Hardin-Simmons Baptist College. After a year at Hardin-Simmons she transferred to UT of Arlington, where she graduated with honors in Education, specializing in Math. Her first teaching position was in a low-in-come school in San Antonio, Texas, which helped pay off her student loans. Staying with this position demonstrates the sense of responsibility she held throughout her life. Later in life when ask why she left Harden-Simmons she off-handedly commented something like, "You do the math". This was after her little brother Richard surrendered to the preaching ministry and wanted to go to Howard Payne Baptist College. If you do not get it, ask how two blue collar parents were going to pay for two private schools and do the math. This demonstrates not only her sense of responsibility but also her care for others, her sense of giving, her love for her family, and putting others first.

At the end of two years in San Antonio, Judy accepted a position at Eagle Mountain High teaching Math. She was truly appreciated and loved by other teachers and students alike. She served as student sponsors, on teacher committees, and head of the math department for many years. Having taught around thirty year Judy retired from teaching not because she was tired of teaching but because our mothers health was declining and she needed more help than a full time teacher could give. Being the loving daughter she was she gave again. She did keep her hand in teaching by doing contract consulting and teaching seminars until mothers health required fulltime care.

Throughout her teaching years Judy was active in the Eastern Stars. She served through the offices all the way to Worthy Matron several times, the first time with our father as her Worthy Patron. Besides the Eastern Stars, Judy also served in her life time church, River Oaks Baptist. She was an Adult Bible study teacher, nursery worker, etc. She served on many committees including the pastor search committee and the finance committee. In the last several years Judy and Linda Baker headed up a group that sewed clothes for needed children. My understanding is that it started as a mission project sending the clothes to children in Africa. As someone realized the need in her own River Oaks community the team started giving the clothes to Castleberry Schools for distribution. Once again we can all see Judy's love for her God, family, community.

As we see this glimpse of a life well lived, we who know Jesus as our Savior and Lord as Judy does, know that her life has not ended but just begun.

To order memorial trees or send flowers to the family in memory of Judy Lynn Shahan, please visit our flower store.