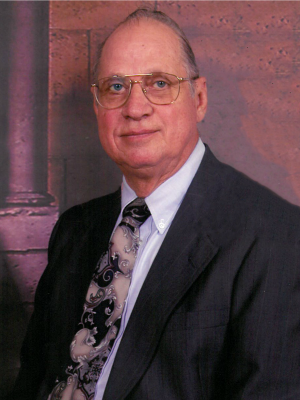 FORT WORTH–Lawrence John Harrington passed away early Monday morning March 19, 2018.
Memorial service: A private memorial service will be held at a later date.
Memorials: If you wish to honor Larry’s memory, please do so with a donation to The American Cancer Society.
Lawrence was born January 8, 1936 to Albert and Ruth Rhinehart Harrington in Barker, New York. He graduated from Barker Central School in 1953 and attended Michigan State University for 2 years. He served in the U.S. Army at White Sands Missile Range. He graduated from New Mexico State University in 1962 and received his Masters Degree in Mechanical Engineering from Southern Methodist University in 1966. He was employed by General Dynamics from 1962 until 1967. He joined The Western Company of North America and remained in the oil field service industry for the rest of his career. He was well known for his many innovations in the industry. Larry retired in 1991 and he and wife Pat travelled for many years in Europe and the United States. In September, 2006, he was inducted by The Society of Petroleum to the first group of Legends of Hydraulic Fracturing for “pioneering work in the first generation of hydraulic fracturing”. Larry was a loving husband, father, grandfather, and friend who was loved and respected by many and will be dearly missed.
Survivors: Larry is survived by his wife of 60 years, Patricia (Stacy); son, Alex Harrington and wife, Laurie; grandson, Jordan; granddaughter, Alison; many nieces, nephews, great nieces and great nephews; and many friends.

To order memorial trees or send flowers to the family in memory of Lawrence John Harrington, please visit our flower store.