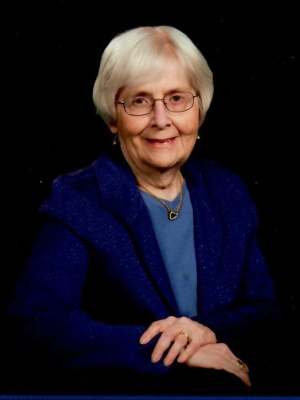 Lois Dorothy Lorenz Anderson, 94, departed her earthly life on January 7,2022 at Trinity Terrace CCRC in Fort Worth, Texas. Her birthplace was Chicago, and she resided primarily in Brookfield, Illinois. In her early retirement years, she happily moved South, residing first in Port Richey, Florida (1989-2012) – then Texas. In 1946, Lois married the love of her life, Howard Lee Anderson. She was devoted to him and their children as a full-time homemaker. Once their youngest was in high school, she added part-time employment in food service at RBHS. A woman of gentleness and kindness, Lois’ life was shaped by her Christian upbringing in the Methodist tradition. As a young lady, she taught Sunday School, later singing in the choir, and remaining active in many church organizations, including leadership roles, into her mid-80’s. In Fort Worth, she attended All Saints’ Episcopal Church (TEC) and chapel services at Trinity Terrace. Lois’ interests were varied: artistic (sewing, needlework, and crafts), friendly competition (card games, Little League Lifetime Member, Bingo) and travel (including most states, often visiting friends and family members, and cruise trips.) Lois was preceded in death by husband Howard, all their siblings, their parents, and a nephew. She is survived by children, Laura Adcock, Howard L. Anderson, Jr, and William (Lynal) Anderson; grandchildren Danielle (Michael) Bushell, Christopher Anderson, Kristy (Jack) Kenter, Lauren (Grant) Kirby and Michael Anderson; nine great-grandchildren; seven nieces, two nephews and their children. Plans for a celebration of her life / memorial service are pending, as she modestly declined any input on the subject. However, she decisively chose The Florida National Cemetery, Bushnell – also the final resting place of her dear Howard.

To order memorial trees or send flowers to the family in memory of Lois Dorothy Lorenz Anderson, please visit our flower store.