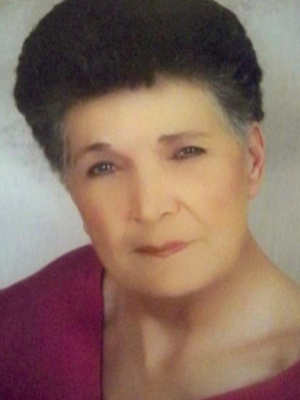 BURLESON-Mildred Ann Trammell passed away Thursday, February 3, 2022 at the age of 85.
FUNERAL SERVICE: 11 a.m. Tuesday, February 15, 2022 at Leak Memory Chapel.
MEMORIAL SERVICE: To be determined
CEMETERY: Montgomery Memorial, Montgomery, Alabama
MEMORIALS: In lieu of flowers, please consider a donation in Mildred’s memory to the American Cancer Society or a favorite charity.
Mildred was born Tuesday, December 15, 1936 to the late Ira Vernon Ward and Mabel Moore Ward in Montgomery, Alabama. Mildred attended Sidney Lanier Senior High School. She was a lifelong Auburn Tigers fan. She was a past member of Burleson Business and Professional Women’s Club of Burleson, Texas. She was Baptist and had a very strong faith in God and strongly believed in the power of prayer. She retired from State Farm after many years of dedicated service.
Mildred was a collector of stamps, was great at crossword puzzles, and enjoyed gospel and country western music. She had some precious memories of growing up in Montgomery, Alabama on Old Selma Road and with her life long friends. She kept in touch with many, especially those from Trinity Baptist Church of which she created a Facebook group to reminisce about days gone by, their constant faith and prayer for one another.
Mildred was a loving mother, grandmother, great grandmother, sister and friend and they were her greatest joy.
Mildred is preceded in death by her parents; brothers, Robert, Claude, James Perry, Bill, Wiley, Tommy and Fibber Ward; sister, Nellie Hawkins; and cousin/best friend, Annie Johnson.
SURVIVORS: Son, Brian Trammell and wife, Lisa; son, Jim Trammell and wife, Kathy; daughter, Diana Tuenge; grandchildren, Katrina Smith and husband, Zach, Rachel Hansen and husband, Josh, Jessica Woodard and husband, Chris, Christopher Trammell and wife, Heather, Mary Trammell and Samantha Tuenge; great grandchildren, Jocelyn, Lilah, Bryant, Chloe, Gwendolyn, Bram, Elijah and Duvall; sister, Mollie Smith; and numerous other family and friends.

To order memorial trees or send flowers to the family in memory of Mildred Ann Trammell, please visit our flower store.