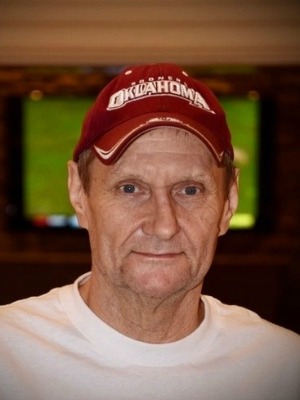 FORT WORTH-Orville Eugene Wright, known as Eugene, passed away at exactly 5 am on June 5, 2020 at a local facility after a brief illness.
Memorial service: At this time, a memorial is not planned until a later date to let this Covid mess run its course and we can celebrate properly with his family and friends. Until then, the family asks when you eat some really good BBQ or drink a regular Coors, you raise a glass or a fork to Gene.
He was born in Dallas, Texas to Orville and Mary Pat Wright on September 2, 1954. The family moved to Euless, Texas when he was 6 years old. Eugene was outgoing and made friends anywhere he went. Oftentimes, when his mother was unable to locate him she would find him visiting with the old men down the street on their porches. After graduating from Trinity High School, Eugene went on to become a welder, painting contractor and sold cars for a while. He loved racing cars,he and his brother, Steve, as the drivers and his dad as the mechanic. Many Friday and Saturday nights during racing season were spent at the track, along with every evening during the week to get them ready for the next week. Eugene had a sweet tooth and was known to always have candy. He always had some kind of jelly beans or atomic fireballs in his pockets. Eugene was a master storyteller who loved an audience. He also had a green thumb and enjoyed growing fruits and vegetables in his backyard garden. However, his favorite past time was to razz the people he loved. We are sure he was cracking a beer upon arriving at his destination stating “It’s 5 o’clock somewhere” and the party started.
Survivors: Eugene is survived by his mother, Mary Pat Wright; son Daniel (Stacy); daughters, Angel Eichhorn (Eric) and Sidney; brother, Steve Wright; sisters, Mary Mayhall and Debbie White; grandchildren, Steven (Amanda), Lance (Mallory), and Abby Wright, Tyler Calderon, Lauren and Hannah Jenkins, Sarah Eichhorn, Niece Kelsie Klein, Nephews Chris Self and Dustin White; and a host of many friends.

To order memorial trees or send flowers to the family in memory of Orville Eugene Wright, please visit our flower store.