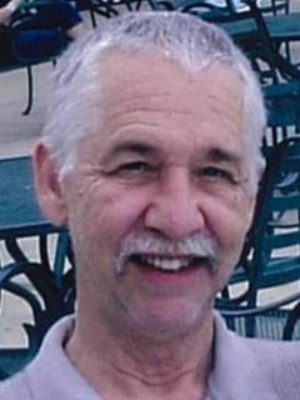 FORT WORTH-Samuel “David” Meserve passed away Sunday, February 24, 2019 at the age of 66.
Memorial service: 2 p.m. Friday, March 1, 2019 at Pantego Bible Church, Dr. Elliott Johnson and Michael Meserve officiating.
Interment: Samuel will be laid to rest at Dallas Fort Worth National Cemetery at a later date.
David was a Vietnam era veteran serving on the USS Independence. After his service, his interest in computers and numbers led him to study computer science. He worked as a computer technician for Sun Electric, but working for the Tarrant County Elections and the US Census Bureau gave him the greatest satisfaction. David, as everyone knew him, was an avid baseball fan. He also loved Labrador Retrievers. He especially loved his granddaughter, Olivia (Reed).
He is preceded in death by his beloved sister, Sharon (Mulder) and his father, Samuel Arthur Meserve.
Survivors: Wife, Marycharles; daughters, Benet and Gretchen,; mother, Doris (Mrs. Sam Meserve); brothers, Joe Meserve and wife, Susan, Mike Meserve and wife, Joy, Jimmy Meserve and wife, Elaine; numerous nieces, nephews, grand nieces, and a grandnephew; and many friends.

To order memorial trees or send flowers to the family in memory of Samuel “David” Meserve, please visit our flower store.